After numerous questions from readers asking me why they have failed a sound test, I decided to delve into the issue a bit further and get some advice from leading acoustic consultants on how to pass a sound test.

Common cause of sound test failures

Sound test failures are a common thing. We understand that some projects are more complicated – maybe you’ve inherited a half-built site or haven’t had time to get acoustic advice before starting the build. Whatever the reason, if you find a proportion of your sound tests fail, it may be that the separating walls and floors are acoustically weak.

In the following example, Liverpool based firm Soundtesting.co.uk Limited were appointed to carry out sound testing for Building Regulations compliance, in a building which had been converted to an HMO (House with Multiple Occupation) with eight rooms for residential purposes.

The separating wall in question was between Bedroom 7 and 8 as seen in the layout below; 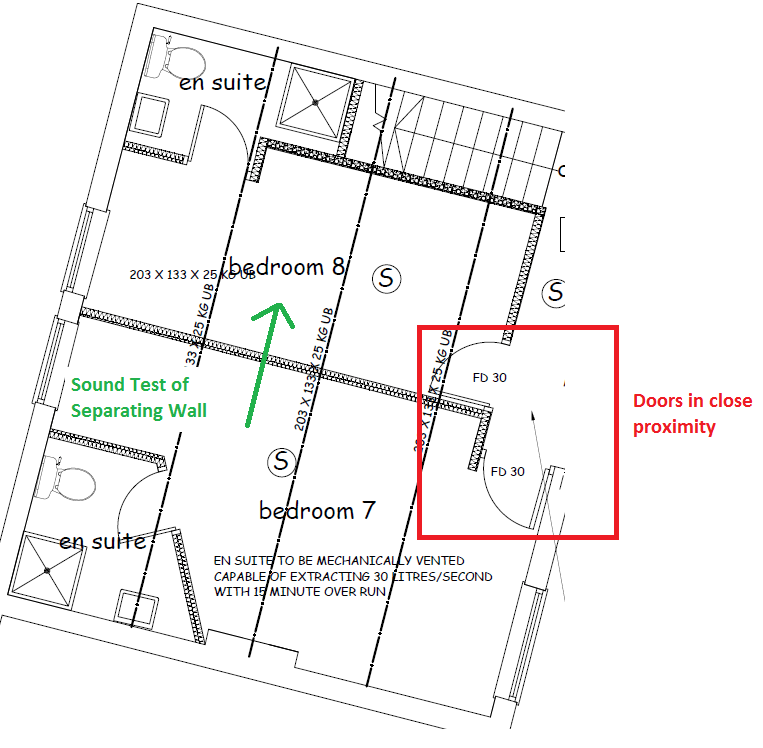 The builder drafted in the company to provide acoustic consultancy to find the most cost-effective and least destructive acoustic solutions to help the development meet building regulations and ultimately pass the sound-test.

The existing separating wall construction was made up from: 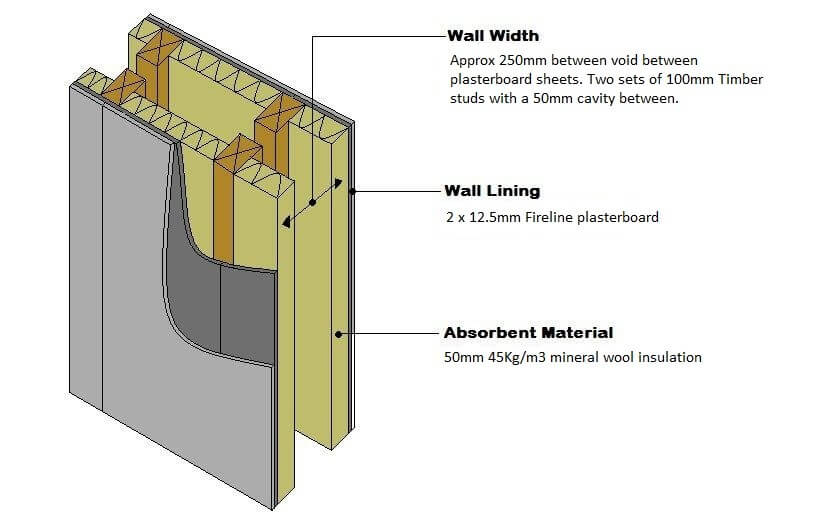 The consultants reviewed the results of the initial sound tests and found that a more thorough analysis of the walls was required. To do this, a speaker was used for the sound insulation test in one of the bedrooms to carry out a subjective acoustic assessment of the separating wall. The conclusions from the initial diagnostic works showed an acoustic weakness between bedroom entrance doors, and there was also a weakness through the floor structure below the separating wall.

The builder wanted to do the sound insulation improvements in a stepped process, to see if just improving the bedroom doors would provide a suitable improvement to pass the sound-test.

While suitable fire doors had been used, the doors were in very close proximity.

It was suggested that perimeter seals are used along with drop seals to both bedroom doors. This will enhance the acoustic performance of the door sets and reduce the flanking sound path.

The door seals aim to insulate all gaps around the junction of the door within its frame. While the seal at the base of the door drops when closed to provide a tight seal with the door threshold strip.

However, after re-testing it was found that the floors also required treating to meet the requirements of Building Regulations Document E 2003.

It was suggested that the floor void was fully insulated with 45Kg/m3 mineral wool insulation up to 1m either side of the separating wall. This solution was selected to reduce the transfer of sound along the clear floor voids and could be installed simply once the floors adjacent to the separating wall had been opened up.

The table below shows the single figure results for comparison with Building Regulations Document E 2003 requirement of 43dB Dntw+Ctr.

The following graph compares the frequency performance from testing after each set of remedial works.

It can be seen how the results have improved from test 1 to 3. The door seals in test 2, had their greatest improvement above 630Hz, while in test 3 an improvement across all frequencies was observed, by insulating the floor joists flanking path. 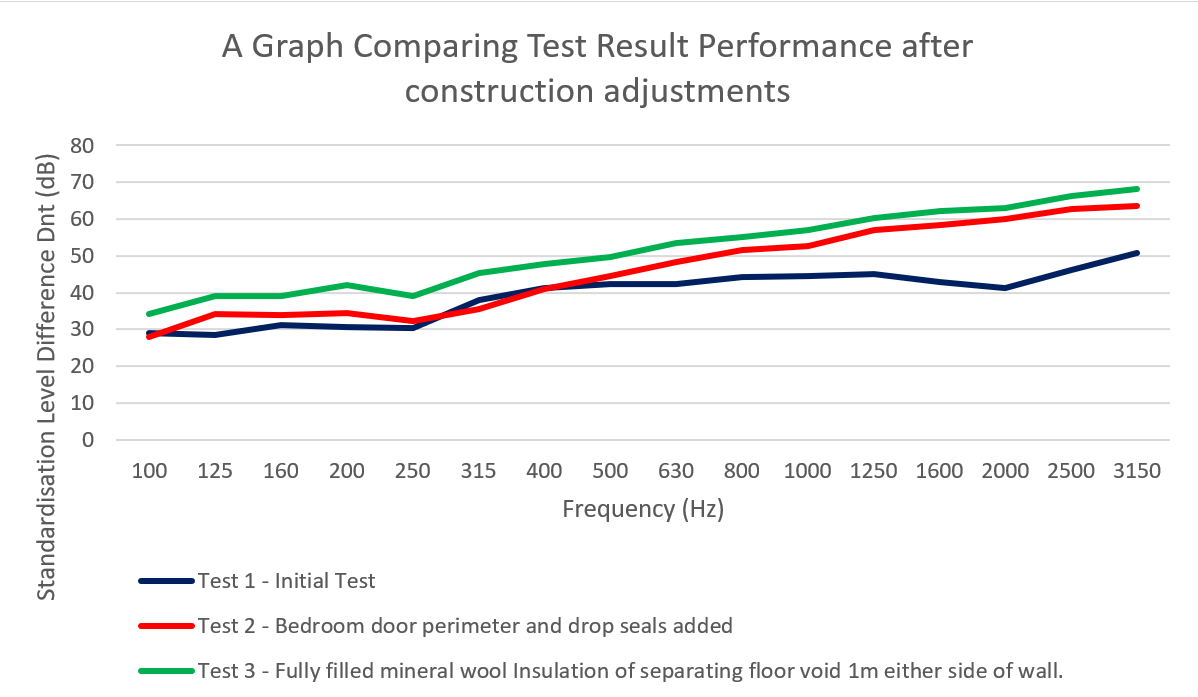 So, as you can see, involving an expert ensured our client was able to carry out the minimum amount of remedial works needed to get a pass.

What are the alternative to plaster skim coat on Artex ceilings

What is your Right to Light?